How can you have an Electric Vehicle with Load Shedding?

Why is load shedding in not a problem for Electric Vehicles in South Africa?

And the simple reason is because no one leaves their vehicle with zero petrol. We all plan to always have enough petrol to get to the next petrol station.

Secondly, 90% of electric vehicle owners around the world charge their Electric Vehicles at home over night. So lets assume so arrive home with almost 0% battery and have a Level 1 Charger at home, the chances that you won’t have electric at all during the 8 hours you sleep are almost zero, except for a major power outage. Then you would have a problem, but you could also have the same problem if the petrol supply chain was affected which has happened a number of times around South Africa.

So if you arrive home with zero battery and stage 8 load Shedding you could still get enough battery to get you to work and back overnight. If you can’t that says more about your poor planning than it does about Electric Vehicles.

In South Africa, loadshedding happens or starts in the early hours of the morning. It’s going to be a mission to charge these cars. 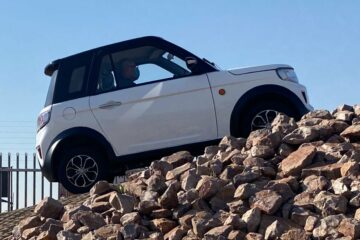